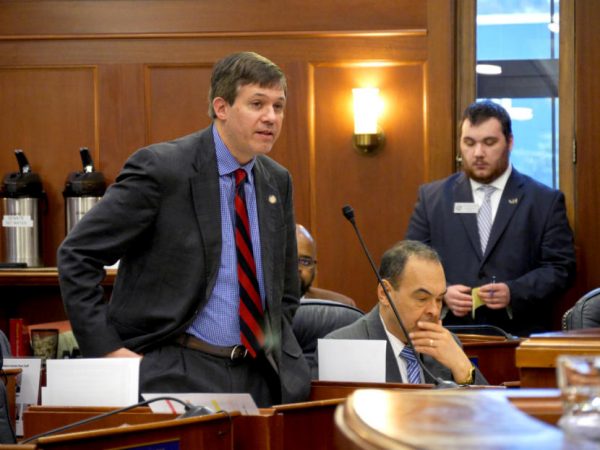 State senators in Juneau raised alarm on Tuesday about the money swept from state budget accounts into a harder-to-access piggy bank: the Constitutional Budget Reserve.

Anchorage Democratic Sen. Bill Wielechowski was among those who said that if the Alaska Legislature doesn’t act soon, funds that pay for college scholarships, medical education and making rural power costs equal to those in urban areas will be gone.

“We can’t wait until August or September or October, because this is affecting Alaskans’ lives right now,” Wielechowski said on the Senate floor. “This will continue to affect Alaskans. Students are going back to school next month. Energy costs are going to skyrocket in the next couple of months for rural Alaskans. This is not something that we can delay.”

Wielechowski said the Legislature could discuss reversing the sweep of funds for these programs into the Constitutional Budget Reserve. But the Legislature would need to call itself into a special session. That’s because Gov. Mike Dunleavy has limited the focus of the current special session to paying permanent fund dividends in the amount under a nearly 40-year-old formula — roughly $3,000.

Dunleavy’s administration has said it is sweeping $2 billion from budget funds into the CBR. That’s much more than the $432 million swept last year.

David Teal, a nonpartisan budget analyst for the Legislature, said previous governors interpreted the amount that must be swept into the CBR more narrowly.

“Why would you want to sweep these funds?” Teal said. “That’s why I say not reversing the sweep is just throwing sand in the gears.”

Teal added that the Dunleavy administration “doesn’t seem to be shy about reinterpreting laws (and) policies.”

Teal also addressed one of Dunleavy’s line-item vetoes in his testimony to the Senate Finance Committee on Tuesday. Teal said it appeared that Dunleavy mistakenly vetoed $18.7 million more in Medicaid than the governor intended. Teal said Dunleavy apparently intended to reduce that amount in federal spending on Medicaid adult preventive dental services, but instead included it in the state cuts.