The Medical Profession and Self-Regulation: A Current Challenge 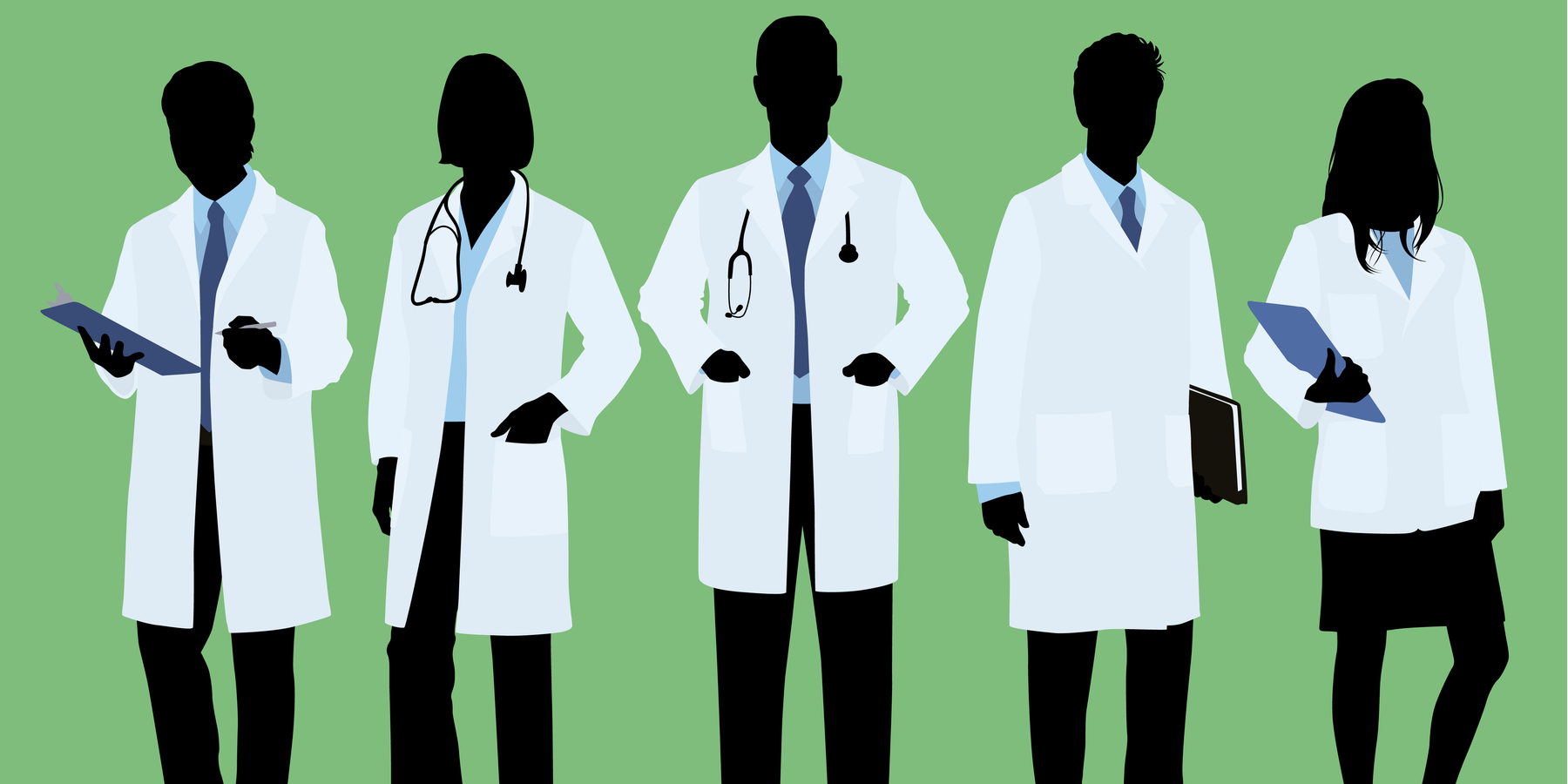 The implicit agreement between medicine and society entailing reciprocal rights and obligations has been called a social contract [1,2]. In return for a physician’s commitment to altruistic service, a guarantee of professional competence, the demonstration of morality and integrity in their activities, and their agreement to address issues of social concern, society grants to both individual physicians and the profession considerable autonomy in practice, status in the community, financial rewards, and the privilege of self-regulation. While many details of this unwritten contract have changed over the years, the basic elements have held steady since the middle of the 19th century when the modern professions emerged coincident with the establishment of licensing laws [3]. Acting through their professional associations, physicians convinced society that science-based medicine was superior to alternative therapies and that their profession represented a trustworthy moral enterprise [4]. Society in the mid-1850s then delegated some of its own traditional powers to the profession, with regulation being one of the most important.

Having been granted this power, the profession established the means of setting and maintaining standards of education and training, entry into practice, and practice itself. Integral to effective self-regulation is the responsibility and obligation to ensure that these standards are met and to remediate or discipline unethical, immoral, or incompetent practices.

The need for self-regulation was reinforced by those studying medicine in the early 1900s who believed that the complexity of the knowledge base and skills required, especially as technology advanced, would make regulation by non-professionals difficult [3,4] and it was thought that the profession could be trusted to carry out this necessary activity. By the latter part of the 20th century, however, many social scientists concluded that the profession had abused its privileged status and public trust, and that its regulatory procedures were seriously flawed [4,5,6]. Standards were considered to be weak, variable, and inconsistently applied, and physicians were further accused of using collegiality as a means of shielding poorly performing peers. Medicine was further criticized for its lack of openness and transparency in regulatory procedures and for the absence of public involvement in them. In short, the system appeared to lack accountability, and it was suggested that an informed public should participate in medicine’s regulation. Many of these criticisms proved to be accurate and had an impact on both public policy and on the level of trust that the profession enjoyed.

Self-regulation of the medical profession is complex, and involves many levels of oversight aimed at guaranteeing the competence of the practicing physician. Some of the activities that have been and continue to be carried out with skill and rigor include accreditation of medical schools and training programs, licensure, and certification.While these can always be improved, in general they have performed well and have achieved their objectives to a surprising degree over the past half century.

The major obstacles for credible self regulation that have been identified and documented include: providing assurance that those in practice maintain their competence [7]; taking appropriate action once a problem with an individual practitioner has been identified [4,5]; and regulating conflicts of interest [8].

The idea that one can be licensed and certified as a young person and that this will guarantee competence for the rest of one’s career is no longer tenable [7]. This is due in part to rapid changes in practice brought on by advances in medical science, but it also reflects the recognition that skills may not be maintained indefinitely or may deteriorate over time. Throughout the developed world, countries have moved or are moving toward instituting some form of physician recertification process [9,10,11]. The processes are time consuming, costly and, as yet, imperfect. They threaten much more than the autonomy of individual physicians, inasmuch as some physicians must inevitably be excluded from practice if self-regulation is carried out properly. Nevertheless, public demands for assured competence are both present and growing, virtually guaranteeing a future for the processes of relicensure and recertification. Whether these steps will be sufficiently rigorous to reassure the public will become apparent with time.

The very high profile problem of unethical or otherwise incompetent doctors can tarnish the reputation of the entire medical profession [12]. There are, without question, a small number of such physicians, and when they are identified they must be dealt with. While the methods must be consistent with the principles of due process and natural justice, the overarching objective must be to protect the public. Currently, there is a public perception that self-regulation has gone too far to protect the doctor. As one person in the United Kingdom suggested, regulatory bodies will “in the last analysis put fairness to doctors ahead of patient protection” [13]. While there certainly have been attempts to improve disciplinary procedures, both the Institutes of Medicine report [14] and the presence of very prominent cases in the press [15] have not satiated the public concern that the profession is meeting its obligation to adhere to the highest standards.

Conflict is inherent in a profession in which individuals are expected to be altruistic while, as human beings, still pursue their own interests [4,5]. As long as the profession remained in high esteem, outside observers presumed that altruism would prevail and that the patient’s needs would come first [16]. Negative events have overtaken those relatively simple days, however, and the situation medicine now faces is different. Trust must be continuously earned from a skeptical public who are very aware of the opportunities for its abuse in a highly competitive, market-oriented health care system that encourages and rewards entrepreneurial behavior [17]. From the time when, as medical students, they are offered food supplied by a pharmaceutical company at grand rounds until they retire from practice, physicians are exposed to a plethora of potential and real conflicts. But not all of these conflicts originate from outside of the profession. Self-referral to physician-owned laboratories or surgery centers can cause a conflict of interest, and, thus far, the professions’ attempts to regulate conflicts have been met with only limited success [18].

Since the medical profession’s rights to self-regulation are delegated by society via federal and state legislation, society can, if it becomes dissatisfied with the performance of the profession, alter the terms of the social contract and reclaim some of these powers. Following major lapses in self-regulation and a consequent decrease in trust, society has already diminished the scope of medicine’s powers (eg, the Office of the Inspector General’s new guidelines for physicians’ relations with industry) [12,13,19]. While predictions are difficult, it is possible to speculate on what the future will hold.

First, the demands that have been made for more open and transparent processes will continue and strengthen. As a part of this, there will be more public input into the process of self-regulation. Licensing boards and professional associations will contain more public representatives, and methods of assuring greater accountability will be instituted. There have been suggestions in the United Kingdom that the General Medical Council, the principal regulatory body, have a majority of lay members, which would mean that the profession is no longer self-regulating [13]. While this may not occur, it is significant that it is even being considered. If the revised processes leading to relicensure, recertification, and discipline are believed to be insufficient, the principle of self- regulation will be further questioned and the pressure for external regulation will grow.

Managing conflicts of interest will be more difficult because the mandate to carry out this function is widely distributed among several autonomous and independent organizations and institutions. State licensing boards, certifying bodies, national, state, and specialty associations, and hospitals and universities all share responsibility, but only a few of these organizations have legitimate power to gather information and impose meaningful sanctions. In addition, some organizations themselves have conflicts, thus diminishing their credibility [19]. This is an area where some form of external regulation seems inevitable inasmuch as financial conflicts often border on or, in fact, become illegal. Some external regulation in this area may offer real benefits to the profession and to society.

Self-regulation was instituted and has been maintained because it was felt that it would benefit society. The profession was established in part because of the complexity of the knowledge base and the difficulty that the average citizen would have in comprehending medical issues in the absence of prolonged education and training. In spite of the Internet and a better informed public, this remains true. There is a large discrepancy in knowledge between members of the profession and the general public. Most objective observers in the early part of the 21st century have returned to the belief that the results of self-regulation are ultimately superior to those of external regulation and have pointed out the difficulties of replacing a system of accountability based on trust with one that stresses accountability to an outside authority [20-23]. It appears to be incumbent upon both the profession and society to attempt to establish conditions where trust can be maintained. For its part, the profession must self-regulate in an open and rigorous fashion or it will lose the privilege, and this would be unfortunate for both society and for physicians. To quote sociologist William Sullivan, “neither economic incentives, nor technology, nor administrative control has proved an effective surrogate to a commitment to integrity evoked in the ideal of professionalism” [20].

How to Choose a Med School for Pediatrics 0