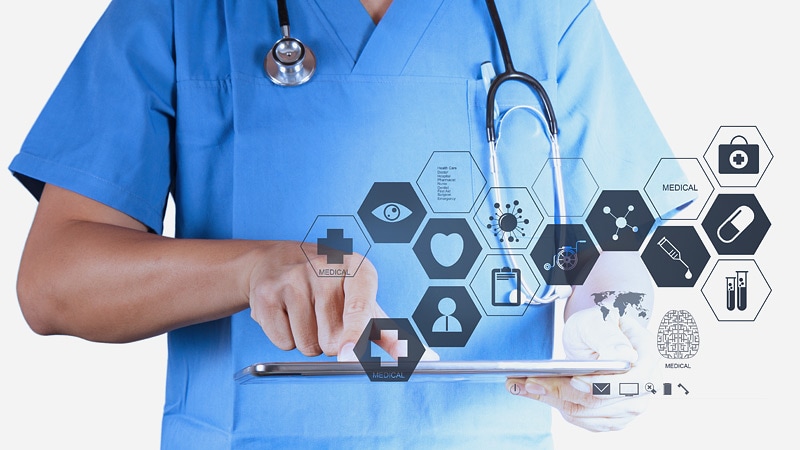 The increasing cost of medical school has resulted in a heavy debt burden for many wishing to enter the medical profession. Without doubt, medical school debt is one factor contributing to the lack of diversity in medical school classes, an impediment to strengthening the primary care workforce, and a contributor to physician burnout and unwellness. In this piece, we explore deferment of interest on medical school loans as a possible form of relief from the growing debt burden. Currently, interest accumulation in residency and fellowship programs is out of proportion with trainee compensation. We posit that deferring interest accumulation until the completion of training provides the financial flexibility that many require to make the years-long commitment to medical education.

While solutions such as public service loan forgiveness have been proposed and implemented, this approach in its current form has failed. Some programs have achieved cost reduction through massive private donations; not every medical school can pull this off. In contrast, both deferment of interest and suspension of payments have been implemented nationwide in the context of COVID-19 emergency relief and thus have proven to be an administratively and politically feasible solution. Permanent adoption of interest deferment until physician training is complete would reduce the burden of medical school debt in residency. The magnitude of cost reduction afforded by this measure would exceed almost any scholarship currently available to medical students. Loan interest deferment is an important first step in improving access to medical education while we continue to push for other sustainable and more radical changes.

The Magnitude Of Medical School Debt

The median sum of debt accumulated for students during US medical (MD) programs is $200,000. Using the average Federal Direct Unsubsidized Loan rate for a 2020 graduate, 6.0 percent, the average resident would owe more than $12,000 per year in interest alone. For students enrolled in doctor of osteopathic medicine (DO) programs, debt and subsequent interest accumulation can be even higher than for MD students, as mean indebtedness of 2018 DO graduates was $233,836. Once medical students graduate and begin earning salaries in residency, they can finally begin paying their loans. For a resident earning the median stipend for a four-year residency of $61,783 per year, interest payments alone can consume 20 percent to 25 percent of post-tax income. This adds a large financial stress to an extremely physically and emotionally taxing period of training. For those with large debt burdens, putting loans into forbearance during residency may be a temping option. Forbearance is a loan status where no payments are due, but interest still accrues. However, for a trainee with $200,000 in loans taken at the average 6.0 percent interest rate, putting loans into forbearance would accumulate $54,000 in interest over the course of a four-year residency. These numbers are conservative estimates.

The approximately $45,000 annual maximum available in Federal Direct Unsubsidized Loans is less than half of many medical schools’ annual cost of attendance. Thus, many students need to borrow more. These students can borrow via Federal Grad PLUS loans, which have 1 percent higher interest rates per year, compounding additional interest. So, for the 36.7 percent of 2020 graduates who left medical school with debt greater than $200,000, additional borrowing also costs additional interest. Many graduates will also pursue long residencies and fellowships that can total eight years—double the time earning a trainee’s salary than was used to calculate the above estimates. While salaries for residents and fellows increase yearly (a first-year resident earns a median $58,305 while an eighth-year trainee pockets a median $77,177 annually), these sums are still out of proportion with the magnitude of debt and interest most individuals accumulate to pay for medical school.

The lack of diversity in virtually all medical schools is a well-known issue that has come to the forefront of antiracism discussions in the past year. These discussions are rooted in the understanding that Black, Latinx, Native American, and other doctors from underrepresented groups in medicine produce better health outcomes for their patients of color. Still, a 2014 survey of more than 3,000 medical students at allopathic programs found students from underrepresented groups rank cost as the No. 1 deterrent from pursuing a medical education. The same study found that between 2002 and 2012, the number of students matriculating from families with incomes in the bottom quintile has decreased at the same time that the number of students graduating with more than $200,000 in student loan debt increased from 5 percent to 29 percent. Black, Latinx, and Native American students are overrepresented in this bottom quintile due to the lasting consequences of wealth inequality stemming from decades of racially discriminatory labor and housing laws. Thus, reducing the burden of debt required to enter the profession seems an obvious strategy to attract the many qualified applicants of diverse backgrounds that the medical profession currently lacks.

As medical student debt has skyrocketed, a simultaneously well-documented lack of primary health care providers has contributed to the poor state of health of many Americans. This scene is especially dark when considering the trillions spent on health care in this country each year. Practicing in primary care fields has a notoriously lower income than practicing in sub-specialties. Despite this, the impact of debt on specialty choice remains controversial. According to a recent Association of American Medical Colleges (AAMC) report, “debt does not determine specialty choice.” However, this report lacks granularity on student demographics that could illuminate whether this conclusion persists for those students from low-income families who may be more hesitant to assume such a large amount of debt in a lower-paying specialty. Additionally, a meta-analysis of 52 articles found that high debt is likely to drive students to pick higher-paying specialties and away from primary care specialties. Regardless of the level of impact, reducing the debt burden of medical education could lessen the cost barrier to choosing primary care specialties. If we stop disincentivizing individuals from pursuing these careers, patients would undoubtedly benefit from the larger, more diverse primary care workforce. Saddling medical students with crushing debt and cornering them into specialties based on financial feasibility in effect lets our patients down.

Next, we must consider the potential effects of decreasing debt burden on physicians’ well-being. COVID-19 has brought to the public’s attention more than ever the quiet plague that has slowly taken over medicine in the US. Incidence of depression increases as medical students graduate and proceed through training, and rates of death by suicide in physicians are higher than those found in the general population, especially for women. Physicians suffering from these conditions are more likely to make mistakes; for example, studies have observed that resident depression increases risk of medication errors. This lets down both providers and the patients they care for. While this is a complex issue and will require a more radical reimagination of the role of doctor and community in the future, we cannot deny that reducing a seemingly insurmountable amount of debt in a young professional’s life is a step in the right direction.

Solutions At Individual Medical Schools Do Not Offer Universal Relief

To much fanfare, medical schools such as New York University Grossman School of Medicine have recently implemented free tuition for all students. Other schools, such as Columbia University Vagelos College of Physicians and Surgeons and Weill Cornell Medicine have implemented programs to cover all need-based aid for their students. Impressively, private donations have resulted in $100,000 off tuition for Black medical students receiving financial aid at Historically Black Colleges and Universities. However, the private gifts of hundreds of millions of dollars that made these programs possible are simply not feasible for all 154 MD and 37 DO schools in the US. Others have proposed shortening curriculums to three years. The benefit offered by this proposal, though, could easily be circumvented if programs chose to raise annual tuition to generate the same total revenue. Instead, we look to federal programs that offer a universal intervention.

Public Service Loan Forgiveness Has Not Been Successful

Interest Deferment As A Possible Solution

There is already institutional recognition that suspension of interest is a means to financial relief and feasible to execute administratively. Due to the COVID-19 pandemic, the federal government has temporarily set interest at zero percent and suspended loan payments for all federal student loan borrowers, including medical trainees. This does not have to be temporary. The legislation proposed in the House of Representatives during the 2019–20 session of Congress: H.R. 1554 Resident Education Deferred Interest Act (REDI Act), or similar legislation, would provide this relief permanently by deferring interest from federal graduate loans until a trainee completes residency.

The REDI Act, as currently written, would allow medical and dental trainees to defer any interest accumulation as well as defer any payments of federal loans throughout the entirety of medical school and residency. While we believe interest deferment is the primary intervention offered by this proposal, deferment of principal payments also adds valuable flexibility to the timeline of loan repayment. The bill’s simplicity is important because it is politically feasible; there were 89 cosponsors in the House for the bill in a rare and near-even split between Democrats and Republicans. This gives the bill a much higher chance of passing in the near future compared to more progressive ideas such as debt forgiveness or government-subsidized tuition. With the balance of the 2021–22 Congress shifting due to the historic results of the Georgia Senate races, and the inauguration of a Biden administration that has called for an overhaul of the costs of higher education, we are hopeful there will be lasting federal action on this issue.

Pursuing medicine in the US is a long and difficult journey that presently requires either preexisting wealth or the acceptance of mountains of debt for most individuals. As student debt steadily increases, well-documented gaps in diversity, the primary care workforce, and physician well-being widen. A first step to address these gaps is supporting legislation that stops the accumulation of interest on federal graduate student loans until the completion of residency. Implementation of interest deferment would immediately benefit all medical students and post-graduate trainees with federal loans at a magnitude greater than most available scholarships. Interest deferment is not a singular solution nor a substitute for the hard work needed in medicine to examine institutional inequities affecting both patients and providers. However, it is a feasible and commonsense legislative action that medical students, physicians, and the public can help call on our new government to push forward. 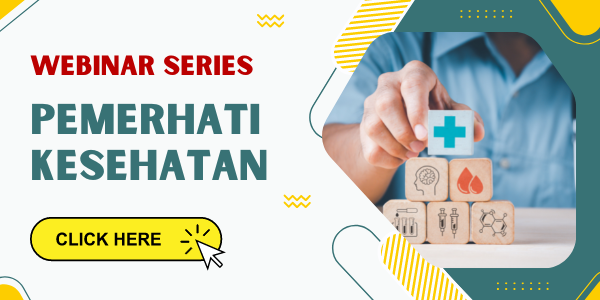