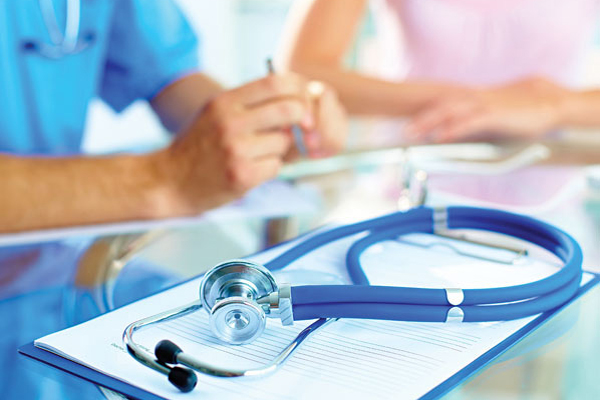 At a time when western treatment methods were not popular here, a ruler of the erstwhile princely state of Travancore got a human skeleton carved out of ivory to study anatomy and osteology over a century ago.

As social customs barred him from "touching" corpses and bones, Uthram Thirunal Marthanda Varma, the then King, who had a great affinity for English medicines and treatment system, got the replica of human skeleton made from ivory in 1853.

Created by a craftsman from Travancore, the skeleton, having astonishing similarity with original human skeleton and impeccable perfection in its measures, is now kept on display at the Natural History Museum on the zoo campus here.

Museum authorities say that a research is underway to ascertain the identity of the skilled craftsman who carved the ivory skeleton with "so much precision and still remains an unsung hero in the annals of history".

The museum's records showed that the model was "executed in 1853 by local workmen under commands of His Highness Uthram Thirunal Marthanda Varma Maharaja for scientific study".

The younger brother of visionary King Swathy Thirunal, Uthram Thirunal, who had ruled Travancore during AD 1846-60, had a great fancy for the European style, fashion, dress, occupation, furniture, amusements, medicines and treatment system since infancy.

According to historian Malayinkeezhu Gopalakrishnan, the ivory skeleton can be viewed as a monument of the evolution and spread of the English treatment system and medicines in the tiny princely state.

It can also be viewed as a fine example of Travancore's exemplary legacy in ivory craftsmanship which had even amused the British, he said.

"Uthram Thirunal is considered as the person who had popularised the English treatment system in Travancore ... He had devoted great time in studying the medical science and imported medicines and latest medical devices from England and other parts," Gopalakrishnan told PTI.

"However, the prevailing social customs had created hurdles for him to pursue his interest to study human anatomy and osteology ... To overcome the obstacle and continue his study, he had got made this ivory skeleton," he said.

It is believed that the skeleton was sculpted based on an actual skeleton, brought from Madras, he said.
Natural History Museum Superintendent S Abu said the ivory skeleton has always kindled a special interest among doctors and medical experts who visit the museum.

"The ivory skeleton was made in such a meticulous way..
experts see it as an excellent mix of science and craftsmanship ... We are now on a mission to figure out the unidentified craftsman who created this," he told PTI.

It is expected to be highly helpful for the posterity in studying the history and legacy of Travancore, the official said.
Besides the ivory skeleton, the historical records also showed several other examples of Uthram Thirunal's interest and knowledge in the Western treatment system and its practice.

Travancore Diwan Peishcar, P Shungoonny Menon recorded that Uthram Thirunal had even run a private dispensary, where he treated people, carried out minor surgical operations, vaccinated his palace attendants with his own hands and distributed English medicines when he was the 'elaya raja' (prince).

He also set up a laboratory which had various apparatus and chemicals purchased from other parts of the globe, the records said.

In his book "A History of Travancore," Menon noted that his friendship with the then residency surgeon, Dr Brown, had helped 'elaya raja' study medical science.

"His Highness was inclined towards studying the doctor's profession and seeing the intelligence and aptitude of the prince, that gentleman (Dr Brown) most willingly undertook to teach the science of medicine to this knowledge-seeking scion of royalty; and in the course of this study, the cognate branches of chemistry and anatomy was also taught," he said.

Even after Dr Brown left for England after some time, the prince indulged in self-study by procuring and reading the works of eminent authors.

Records showed that he procured medicines from Durbar physician's dispensary and used for treating his own attendants and their families.

He also placed orders for medicines from the Madras and Bombay presidencies and brought it from even England, it said.

"Every new medicine, discovered and advertised in the newspapers, was procured and in the course of a few years, a large room, which had been converted into a private dispensary being found insufficient, a separate building was constructed on an enlarged scale to provide the necessary accommodation," Menon said.

The arrangements at the dispensary won the admiration of even Europeans.

With the prince spending a large amount of time at his dispensary, people, especially belonging to the Hindu community, preferred this institution to government charity hospital.

It is interesting to note that though upper class Namboothiri Brahmins would not even touch English medicines under the idea that most of the liquid substance contained spirits, they began to take them freely from the prince's dispensary.

Brahmins, who visited Travancore as part of various religious ceremonies, spread the news of the prince's medical knowledge and the virtues and effectiveness of European medicines in Malabar (north Kerala) and other neighbouring princely states.

The royal's dispensary was the only resort of outside state Brahmins for medical aid while coming for Murajapam, an auspicious ritual conducted in Sree Padmanabha Swamy Temple here every six years.

Records also showed that Utram Thirunal successfully treated his brother and the then king Swathy Thirunal, when he suffered from diarrhoea.

A three-month-long treatment under him also cured the chronic dyspepsia of a 'Gouda Brahmin Sastri', who came here for Murajapam from Benaras, it said.

The prince's laboratory had glass retorts, boilers, evaporating dishes, crucibles of different kinds, and many other things necessary for conducting chemical experiments.

There was also a powerful electric machine, a galvanic battery, an air pump, an ice-making machine besides several kinds of optical instrument, such as stereoscopes of various sorts, telescopes of sizes and opera glasses, it added. — PTI

For any given topic of scientific inquiry, the pharmaceutical industry may conduct hundreds of studies, and, because of this, some variance in results can occur.

With an estimated 1m statin prescriptions given each week, there is a controversial front page story on their use almost as often.

The Daily Mail, the UK’s most popular tabloid, is a serial offender.

The newspaper, citing expert opinions and scientific studies, published an article in November last year suggesting that the expert consensus is that statins are a waste of time and fail to reduce the risk of heart disease.

It published another negative article on statins in April this year, suggesting that their side-effects outweight the benefits.

Just a few months later, on 28 July, the newspaper posted a story outlining the potential for statins to help 2.5m people with kidney disease, owing to their efficacy in treating high cholesterol and heart disease.

The difference between the negative and positive articles was that the findings in the latter were backed by Nice, an independent public body that provides guidance on health and social care.

Nice reaches its decisions after considering all relevant research and scientific data, using research techniques such as meta-analysis, and appraising research designs to check for flaws that may bias results.

The articles describing statins as a “waste of time” relied on weaker evidence, gained from a single study and the opinion of experts, rather than tried-and-tested research methodologies.

Using a drug as it’s prescribed is important and if those that need it question its effectiveness or even doubt its safety.

With the public understandably uncertain about which stories to believe the drug is more likely to not take it correctly and we can see this happening in the past.

Following the measles, mumps and rubella vaccination controversy, a qualitative study found that parents were unsure who to trust regarding health information, with perceptions that politicians and doctors were untrustworthy.

To improve how news is conveyed, the pharmaceutical industry needs to rely more on specific information, such as that gained from regulatory bodies and meta-analysis results.

This means giving less coverage to controversial single studies until a census has been formed or the study has been replicated a number of times with a degree of similarity in the results.