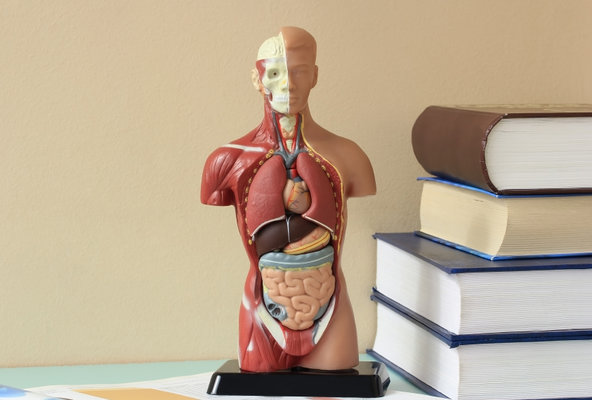 Each year hundreds of medical students think they have contracted the exact diseases they are studying. But they haven’t.

“Medical students’ disease” refers to the phenomenon in which medical students notice something innocuous about their health and then attach to it exaggerated significance. It often corresponds to a disease they have recently learned about in lectures or encountered on the wards.

We are at the start of a new academic year and close to 20,000 students are beginning medical school in the United States. How did medical students’ disease get discovered? And does it really exist? It was around when I was in medical school, in the 1980s. And in my own class, we experienced a surprising twist.

Medical students’ disease — which has also been called “nosophobia,” meaning “fear of disease” — first gained attention in the mid-1960s after the publication of two articles from prominent psychiatric departments. Researchers at McGill University reviewed records from the student health service and reported that 70 percent of medical studentscomplained of symptoms of various illnesses they had studied. Typical was a student who decided he had schizophrenia during his psychiatry rotation but later changed his diagnosis to Meniere’s disease, an inner ear disorder. He had neither condition.

Meanwhile, investigators at the University of Southern California School of Medicine interviewed 33 senior medical students, finding that almost 80 percent had incorrectly given themselves diagnoses of diseases ranging from cancer to tuberculosis. The authors wrote that medical students’ disease was often met with “jocularity and humor,” but that it could also be a “signal of general emotional distress and conflict.”

As we marched through our syllabus, several of my classmates believed they had developed various diseases. Most common were apparent brain tumors when we learned neurology and angina during our lectures on the heart. Having been told that medical students were prone to hypochondriasis, we generally responded with eye-rolling.

But then something surprising happened. Two of us turned out to be seriously ill.

One of my classmates, Cam, had actually started feeling unwell the summer before medical school, noting that he could no longer lift as much weight as before. In addition, his vision was not quite right.

He saw a neuro-opthalmologist, a specialist in neurological diseases of the eye, before leaving for school. This doctor tentatively diagnosed myasthenia gravis, a neuromuscular disorder that causes weakness throughout the body, especially the eyes and eyelids.

But when Cam visited a neurologist during the first month of medical school, the doctor, likely having seen many imaginary illnesses among students, was, according to Cam, “a little dismissive.” Cam thought his symptoms were real, but also wondered if it might all be in his head. Fortunately, however, the neurologist sent him to see another neuro-ophthalmologist, who confirmed the original diagnosis.

To this day, Cam experiences periodic “low level eye weakness,” but it does not interfere with his ability to work as an infectious diseases specialist.

I was present the day, during our second year, when another of my classmates, Mike, first learned he might be ill. We were in hematology laboratory and learning how to check our red blood cell counts, also known as the hematocrit. We almost all had normal levels ranging between 35 and 50.

But Mike’s reading was only 27. Assuming that Mike had done the test incorrectly, our professor told him to repeat it and watched his technique, which was fine. It was 27 again. Mike was severely anemic. He remembers the teacher pulling him to the side and quietly advising him to go to student health.

In retrospect, Mike, an inveterate basketball player, realized he had been getting short of breath — a sign of anemia.

Further tests revealed that Mike had iron-deficiency anemia, meaning he was losing blood, most likely from his intestines. Yet numerous tests did not reveal the source of the bleeding.

Mike began to wonder about other possible causes of his condition. One classmate told him that the anemia was a result of Mike’s propensity for junk food.

Seemingly sick but without a diagnosis, Mike finished the semester. But only barely. He had developed a large mass in his abdomen. When his doctors performed a colonoscopy, the diagnosis became obvious: Mike had a colon cancer that had caused his intestine to ball up.

The news was jarring, to say the least — about as far from an imaginary diagnosis as any medical student could have. Surgeons removed part of Mike’s large intestine. Fortunately, the lymph nodes were negative and Mike survived. Today he is a general internist.

Cam and Mike were truly sick, but what about other medical students who only think they are? Is medical students’ disease really such a problem, borne from overly anxious and stressed future doctors?

A few more recent controlled studies — with better methodology than the older research — suggest that the answer is no. For example, medical students at Oxford University had similar “health anxiety” scores to control groups comprised of non-medical students and non-students. A study of four medical schools concurred and even found that first- and fourth-year medical students had lower anxiety and worry levels than other graduate students.

It appears, then, that while some medical students do falsely experience symptoms of diseases they have encountered, they are no more hypochondriacal than other students. So it is probably wrong to speak of a distinct entity known as medical students’ disease, even if the concept amuses more senior physicians. And when students, like Cam and Mike, really do not feel well, we should take their complaints seriously.

Barron H. Lerner, M.D., professor of medicine and population health at the New York University School of Medicine, is the author of “The Breast Cancer Wars,” “When Illness Goes Public” and the forthcoming “Two Doctors.”